Google launched its new competitor to Dropbox this week, with integration with Google Docs and pricing to challenge Dropbox. Being an avid fan of Dropbox we just had to take a look, so here's what we thought. 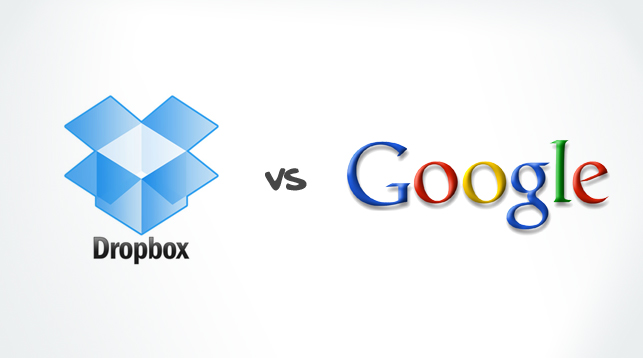 We’ve used Dropbox for months now, it’s simple, it’s cost effective and most importantly for us it works cross platform. By “cross platform” I mean, you can access documents from a web browser, from a Mac, Linux, Windows, an iPhone/iPad, just about anything it seems.

Why is this such a big deal?

Well, simply put it means we don’t have to invest in external hard disk drives, back-up software, remember to take copies of files, and we can share documents and files as an organisation wherever we are whatever machine or device we’re using.

It’s fair to say Dropbox revolutionised the way we work at FL1 and saved us a packet in doing so.

So…Google strides in to the market place offering a cheaper and leaner contender, we just have to take a look.

It’s been touted as the end of Dropbox, it’s cheaper and it’s Google and it’s the same product but better, but is it?

At the time of writing, NO!

If you’ve ever used Google Docs, you’ll have a head start here…

Google Docs is a web based Document Management System. It allows you to create folders (called Collections) and store files such as Microsoft Word Documents and Microsoft Excel Spreadsheets).
You can control access to these files and give access to functions such as editing or reading only.

Google Docs is very simple and works well for small amounts of files, but becomes cumbersome and impractical when dealing with several hundred folders and thousands of files.

When loading a document in to Google Docs, the file is uploaded and converted to a Google version of the native format, so for example Google interprets a Microsoft Excel Spreadsheet in its own proprietary Spreadsheet format with its own web based editing features. The key point here is, the file editing is handled via a web browser so in the case of our beloved spreadsheet, we lose the rich editing features of Microsoft Excel.

So where does Google Drive fit in?
Well, like Dropbox you can install a client app that runs on your iPhone, PC or Mac that allows you to synchronise content with your Drive account just as you would with Dropbox. There is one big difference!
With Dropbox you’re working on a local copy of the file using the native software (e.g. Excel, Word etc), then when saved, the latest version is synchronised with the other Dropbox users sharing that file.

With Google Drive you have an offline shortcut to the file stored in Google Drive. When you click on this Shortcut, it opens the file online using Google proprietary editing tools.

Let’s put this another way, if you’re looking to work offline on the train or without internet connectivity, you’re going to have problems!

All this said, if you’re looking to push content in to Google Docs from your computer/device automatically and you like Google Docs, this is a great tool!

Verdict:
Although a good solution if you like Google Docs, but if you’re looking for a true platform independant file sharing tool, this probably isn’t the right tool for you.

It’s good, but it isn’t Dropbox no matter what the hype says.